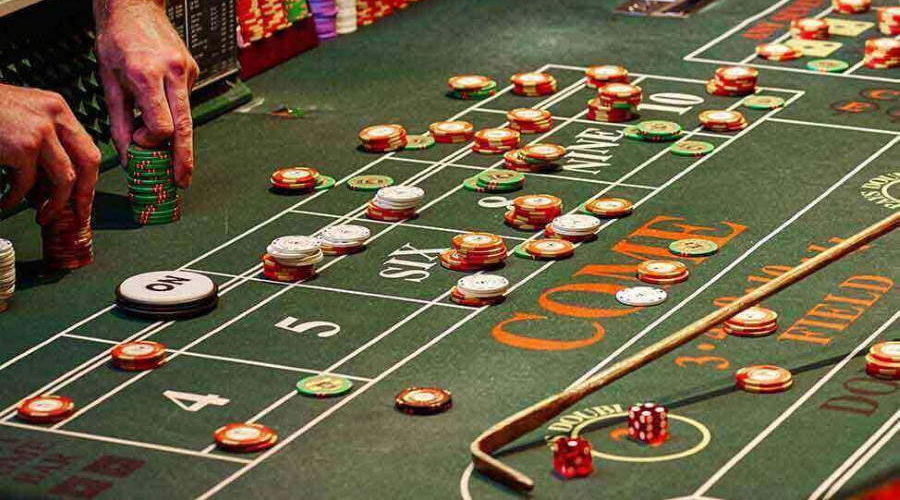 The Craps history is difficult to define – Below you’ll find an introduction to it for the average craps player!

A sole origin? – Or a game from across the world?

The average historian may have a little trouble clearly defining the history of Craps. In some circles, Craps has a debatable history. I found it fairly challenging to trace the game of Craps back to one single origin.

If popularity is to rule the day, then we should go with a widely accepted origin. It’s largely accepted that Craps evolved from an old game called Hazard, which was allegedly created by Bernard de Mandeville.

While his name might sound French, Hazard didn’t come from either France or even Europe. Hazard was forged right in the USA. The time was 1813 and the place was none other than party town New Orleans, figures right? As the legend goes, Hazard grew in popularity.

And here’s something to completely throw you. Many found Hazard to be too complicated, so they simplified it. The new name? Craps. Many people today still think Craps is too complicated. Can you imagine what Hazard must be like? The tables in Vegas would be barren, only a couple rocket scientists here and there. Come on baby, daddy needs a new pocket protector.

Craps – A gambling game too complicated for success?

In the glory years, Craps was part of American culture. It was played in casinos and on many American streets. It was a game that was at least known about by most of society. And then the fall came. Some believe that gamblers just don’t want to think much. They want to put their money down and have a set path with limited choices. The popularity decline of Craps over the past 20 years would seem to support this theory.

Craps’ decline helped give rise to other games-like Blackjack. In the early 1990s, Las Vegas casinos experimented with a simpler version of Craps. Many of the decisions were taken out and it was more of a carnival came. There was one dealer, think Blackjack table here. You’d make a bet and throw the dice. It failed.

Real Craps players weren’t interested in the novelty game and non-Craps players just didn’t give a, well, crap. The casinos saw that there wasn’t any real money in the game and ditched it.

Or was it maybe a matter of community?

Historians think that the game failed because of one critical issue; the community. Most real world Craps players play the game, because of the atmosphere. They want to be where the action is. Also, they want others to throw the dice to mix things up. There’s nothing better than a full table of happy Craps players. No matter where you are in the casino, you’ll hear the shouts and laughs.