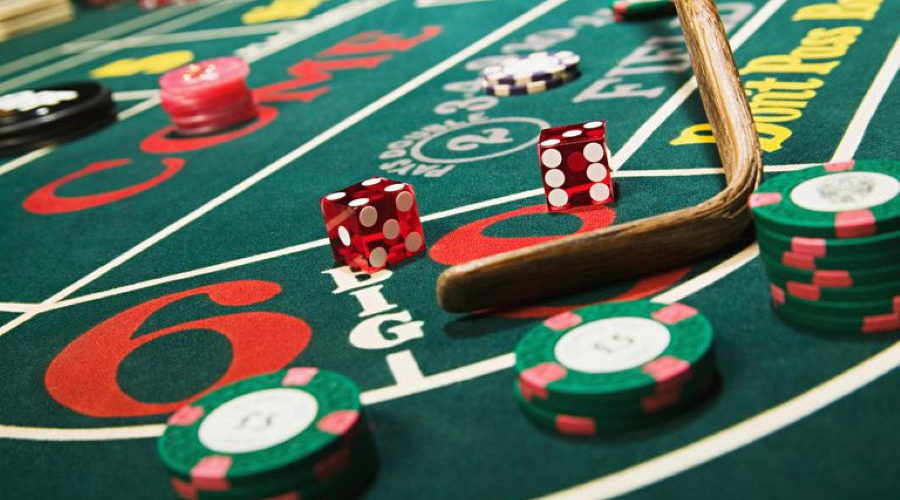 Let’s look at the basic play of craps. A new game starts with the “come-out roll” where the stickman typically says, “New shooter, coming out.” Once a new game starts, it continues until a “decision” is made. The decision that ends the game is whether the shooter makes his point or rolls a seven-out (7-out).

The puck in Craps

Prior to the come-out roll, the dealer places the puck in the OFF position (black side up) on the side of the table, usually near the Don’t Come box. The OFF puck indicates that a new game is about to start. The shooter rolls the dice. If the shooter rolls a 2, 3, 7, 11, or 12 (either of which is called a “natural”), a decision is made immediately and the game ends with that single roll.

The dealer places the puck in the ON position (white side up) in the point box corresponding to the point number that the shooter establishes. So, if you walk up to a table and see an OFF puck, you know that a new game is about to start. If you see an ON puck in one of point boxes, a game is already in progress and that number is the point.

7-out – The deciding factor

If the shooter establishes a point on the come-out roll (i.e., rolls a 4, 5, 6, 8, 9, or 10), the shooter continues rolling until she rolls the point number again or until she rolls a 7, which results in a decision and the game ends. If the shooter ends the game by rolling the point number, that same shooter keeps the dice and starts a new game. If she rolls a 7 (called a “7-out”), she loses the dice and the next shooter in line clockwise around the table starts the next new game.

Getting a craps in craps

Remember, a “craps” is when the shooter rolls a 2, 3, or 12 on the come-out roll; and a “7-out” is when the shooter establishes a point and then ends the game by rolling a 7. When a 7-out occurs, don’t be one of the many who yell, “Oh, man, he crapped out!” This tells everyone, including the dealers and boxman, that you don’t know the game as well as you think. When the dealers learn of your inexperience, they have better luck influencing your bets. So, when a shooter rolls a 7-out, call it a “seven-out,” not a “craps.”

In terms of a decision that ends the game, once a point is established, the only relevant numbers are the point number and 7. All other numbers are meaningless in terms of a decision to end the game. If the shooter rolls the point number to end the game, she gets to use the same dice to start a new game, or she may choose to select another pair from the stickman’s dish.

However, if the shooter makes her point, those dice are usually considered lucky so you’ll seldom see a shooter asking for a new pair. If the shooter rolls a 7-out to end the game, the stickman empties all the dice from his dish and uses his stick to push them all to the next shooter. The new shooter selects two, and the stickman pulls the remaining dice back and places them in his dish. A new game, with a new come-out roll, is about to start.