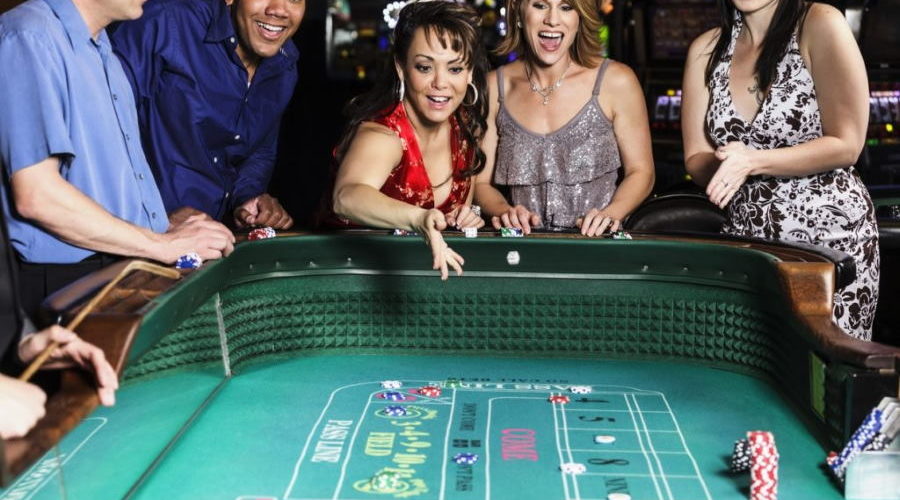 Learn to Play Craps – Tips and Strategies: a Load of Crap: Part 2

This is Part 2 of my article about the load of crap (pun intended) some websites try to feed you to separate you from your money. Don’t fall for it. Be smart. Play smart. Let’s continue with more excerpts that are even more ridiculous than those in Part 1.

Beating the house – As unreasonable as dice control

Excerpt: “Now for the first time, I’ll show you how you can turn $40 into $50,000 in as little as 87 days with a new system of playing and winning at craps! What the casinos hope you will never find out about playing this elusive game, now it’s possible to win 78% of the time.

Using my system, you can win about three times out of four (up to 78% of the time, to be more specific). With my strategies, which are really a combination of the systems of the best pros that I’ve gambled with and learned from over the years, you can pick up everything you need to know to win at craps every time you play.

You probably already know that craps is hands downs the best casino game based on the odds. What you may not know is that by using my ten-step system, you can actually turn the odds in your favor! That’s right, using my craps strategies, which I’ve detailed in a brand new report called [name redacted] you can actually beat the house!”

Analysis: This claim seems to me to be as ridiculous as those that promise you can learn dice control. If you learn nothing else from reading my website, my free sample chapter, and my articles, you must understand and accept one important fact: the game is designed for you to lose. It’s mathematically impossible for the player to gain an advantage over the house.

Say it out loud, slowly, and let it sink into your brain—-it’s mathematically impossible for the player to gain an edge over the house no matter what combination of bets or bet amounts are used. Therefore, the guy’s statement about his system, “—-you can actually turn the odds in your favor,” is total crap. Period.

If the guy’s system relies on dice control to gain the advantage, then run for the hills as quick as you can because you might get run over by another flood of bull manure. The phenomenon called “distribution variance” is what allows players to win in the short-term. Nothing else. No fancy system, no silly dice-setting technique, nothing. Got it? The house always wins in the long-term.

Instead, you must be smart, you must play smart, and you must learn the secret to craps. In the excerpt above, the guy states, “—-you can win about three times out of four (up to 78% of the time, to be more specific).” Then, he proudly states, “—-everything you need to know to win at craps every time you play.” This guy can’t even keep his apparent lies straight!

Built in house advantages – Can they be beaten?! No, of course not.

Each hit puts more money in your pocket. The game of craps was created to make money for the casino. The [name redacted] system makes money for the player. If you’re willing to put in a little bit of time to learn, and apply the rules in a responsible, controlled way you WILL make a profit! You cannot lose in [name redacted]. Order the [name redacted] beginner’s system for $120, delivered by e-mail, or $125 for a printout sent by first class mail.”

Analysis: This guy’s system can’t possibly be a consistent long-term winner because he states that it involves Place bets, all of which have built-in house advantages that you can’t overcome no matter what combinations or amounts of Place bets you make.

Because it’s a mathematical fact that no combination of bets (including Place bets) can result in a player advantage, the obvious question you should ask is whether this guy is a total idiot or lying through his teeth to rip you off when he states, “You cannot lose—-.”

Living off of Craps – Not a very stable income…

Before reading the next excerpt, ensure your Hip Waders are pulled up as high as they can go. Disclaimer: I cannot be held liable in any way if you drown in this guy’s bull manure. Continue reading at your own risk!

Excerpt: “Earn a living playing craps, can it be done? The answer is yes. To date, all of our students average $1,000 to $3,000 a day playing craps and I can show you how you can join the club. Average $100 to $325 per hour every day you play craps using our [name redacted] craps system/strategy. We guarantee it!

Even if you have never played the game of craps before, you can learn our [name redacted] system quickly and easily. In fact, we provide the only effective craps system that is capable of winning long term and it is not complicated at all. Fact: Our craps system is so good, that you will make a bare minimum of $1000 the very first day you use it, or you are entitled to a 100% money back guarantee.

Analysis: I think this guy’s load of crap is hysterical. Let’s see if I understand it correctly: it’s the only effective system capable of winning long-term, it’s not complicated, you can learn it quickly and easily, it’s guaranteed, the beginner can win up to $3,000 per day every day, and the advanced player can win up $1,500 per hour every day (which equates to $15,000 per 10-hour day).

Woohoo! This is a get-rich-quick sucker’s dream come true. It’s easy to learn (no effort or energy needed) and as a beginner you can win up to $3,000 per day every day, which means you can make more than $1,000,000 per year with minimal effort, minimal skill, and minimal knowledge. Well, golly gee wilickers! We better run out and buy this system right now because every hour we wait, we lose $325. No analysis of this excerpt is needed. If it doesn’t seem absurd to you, then you deserve to lose your shirt.

Excerpt: “The preferred grip for you is the one that you feel the most comfortable with, has the least amount of friction and skin on the dice, and that produces the best results for you personally. You will need to practice as much as possible to produce the best results. Before you go to a casino for a session, practice on your practice box, or in the hotel drawer just for a warm up to see how your throw is today, before the session. This will save you a lot of units and help save your bankroll!”

Analysis: This excerpt addresses the wonderful world of dice-setting—-a world, in my opinion, called Fantasyland. One short sentence should be enough for you to realize the bull manure this guy is feeding you. “Before you go to a casino for a session, practice on your practice box, or in the hotel drawer just for a warm up to see how your throw is today, before the session.”

So, how could practicing in a three-foot-wide dresser drawer foretell anything about how your toss will be on a 12-foot craps table? In my opinion, this easily rates as one the dumbest statements I’ve ever read. When you read nonsense like that, it should raise a red flag for you to be cautious of the rest of the crap the guy is trying to sell you.

The following are several excerpts combined into one. I found them embedded throughout a well-liked and respected craps related website. Personally, I don’t know why it’s so respected because, in my opinion, it has no legitimacy. It deals with dice setting.

More dice setting – Nothing but a dream

Excerpts from the dice-setting website: “Craps can be beaten—-. There is only one way to beat craps in the long run and that is through precision shooting and dice control—-. Craps can be beaten by changing the nature of the game from a mathematical and random contest, where the casino has built in the edge for itself, to a physical contest, where the person who shoots the dice can gain the edge by skill—-.

Dice control is a physical skill that can be learned by disciplined players who are willing to practice and perfect the techniques we teach them… Our teachers are the greatest dice control specialists in the world, many with books and major publications to their credit, all with years of winning casino experience behind them—-. This craps strategy is called dice control, precision shooting, or rhythmic rolling—-.

There are no ‘board certified’ dice controllers yet. Everyone is self-certified; that is to say, you have to take them at their word—-. The [name redacted] board of directors wanted [name redacted] to have the highest standards of excellence in the budding field of dice control. To do this, we set up tough criteria for our instructors and coaches to meet.

They had to be skilled shooters and good teachers—-. These criteria have been established to standardize and elevate the teaching of dice control by subjecting our teachers to a rigorous certification process that makes sure they understand, can demonstrate and can effectively teach all the essential areas of our curriculum.”

Analysis: I must admit, this guy’s website is well-written and I respect the writer, not because I agree with the message, but because I like the writing. The author did a particularly wonderful job dreaming up and explaining the certification process. The idea actually sounds legitimate. However, in my opinion, it’s simply a well-crafted and well-written part of an elaborate scheme to separate you from your money.

The author goes into a lengthy excuse for the fact that the certification program for their dice-control instructors was developed, executed, and managed by the same people trying to sell you the product. The sophisticated excuse does a fantastic job of explaining why no independent authority exists that can administer the certification process.

I suggest that you think twice about the validity of the explanation. Any certification process not developed, executed, and administered by an independent organization should immediately raise a red flag in your brain. If the certification authority is the same bunch who’s selling the product, it’s like sending the fox to guard the hen house.

Money – It’s what fuels the scams

As these excerpts show, the Internet (and many books, magazine articles, and other resources) is crammed full of ridiculous claims designed for one thing—to get your money. If you want to play craps, you must get over your blazing desire to make an easy buck. You must plant yourself in reality. You must learn to play smart.

You must accept the fact that no craps system exists that allows you to gain an advantage over the casino. Don’t fall for bogus strategies and wacky dice-setting schemes that claim they can consistently win you tons of money. Be smart. Play smart. Learn the secret to craps. Armed with facts instead of false hope, you’ll be a strong weapon against the casino.

Now you know some more about possible scams out there. Play safe, stay safe and stay smart!

May 6, 2019 crapsadmin Craps Odds
We use cookies to ensure that we give you the best experience on our website. If you continue to use this site we will assume that you are happy with it.OkPrivacy policy