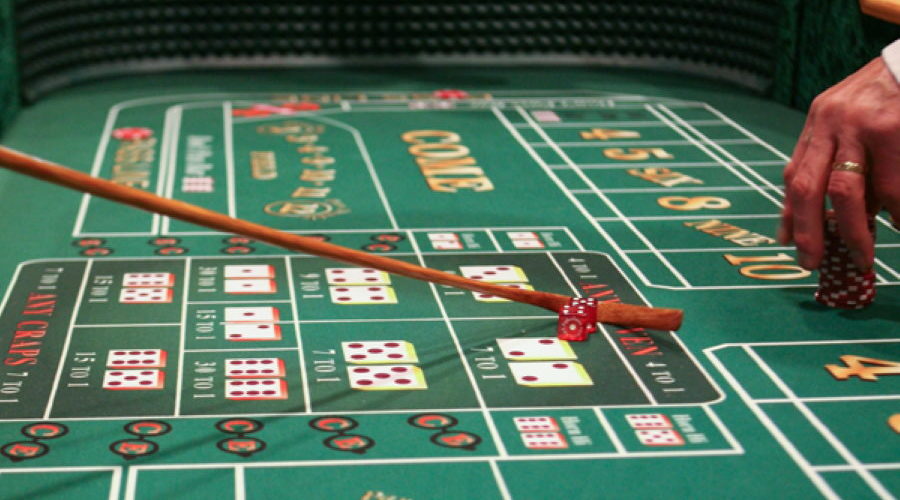 This article gives a small sample of the load of crap (pun intended) from various craps-related websites, followed by brief analyses of the sheer stupidity or dubious nature of their claims. If it weren’t for the sad fact that people actually believe such crap, we’d find it entertaining. Learn from this article. Once and for all, get it through your head that craps is designed for you to lose.

No system exists, has ever existed, or will ever exist that will produce long-term gains for the player. The player cannot in any way gain a long-term advantage over the house, and that includes the latest trends in get-rich schemes that focus on dice setting. Don’t be a sucker. Learn to play in reality, not in fantasyland.

Tips based on pure lies – Analysis of different craps excerpts

I took the following excerpts directly from some of the websites I scanned for 10 minutes after searching for “learn craps.” These excerpts are not from blogs, forums, or discussion groups; they’re from sites that sell craps-related products. My analyses and criticisms are based on my opinion and deemed valid until proven otherwise by a qualified and independent body.

Excerpt: “In my humble opinion, the pass line (and come) are the worst bets on the table. I understand about the 1.4% advantage and all, but has anyone actually calculated odds against, after the come out? I found two books a long time ago that stated the average against you, on the pass line after a point is established, is around 34-35%. That is to say, the odds against ‘repeating’ the point before a 7.”

Analysis: This excerpt was taken from an article intended to provide tips and strategies or playing craps. In justifying his opinion that the Flat Pass Line and Flat Come bets are the worst bets on the table, the writer removes the come-out roll from the equation. That seems absurd. The house advantage on these two bets is so low because of the player’s 2:1 advantage on the come-out roll. Indeed, the advantage shifts back to the house after the come-out, but that advantage can never shift without first going through the come-out, so trying to disregard it seems ridiculous.

Excerpt: “The only good bet is the place bets—and only for the 2 reasons, one they can be taken down at any time, and second you pick your numbers. The odds are much much much better when you try to throw one number instead of repeating it before a seven, and that is what people don’t understand. What they also don’t understand is that the seven should mathematically come up one out of every six rolls—and that is all rolls, not just box number rolls, but all of them. If someone walked up to a table and threw 2, 3, 12, 11, 2, 3, 11, 12, 2, 3, 11, 2, 12, 12, 2, his odds of throwing a seven are greater then the guy who throws 5, 6, 8, 9. How many times do people at a crap table stand there and not even pay attention.”

Analysis: This excerpt is from the same article as the first excerpt. Remember, this author supposedly knows the game and is passing his wisdom to you. Where do I start? The author’s reasoning is based on the silly–and completely false–notion that outcomes of previous rolls influence future rolls. The author apparently believes in the Gambler’s Fallacy. By the believing in the Gambler’s Fallacy, the author proves his ignorance.

The guy in the excerpt wonders, “How many times do people at a crap table stand there and not even pay attention?” I can’t help but laugh and wonder how many screws this guy has loose. The truly sad thing is that people read this guy’s baloney, take it to be true, and then base their bets on it.

Excerpt: “This is a proven professional method, used by experts, that until now has been kept secret from the public. When applied according to the rules presented, it is the most consistent money making craps method you are going to find and can reduce your risk of loss to less than 6%.”

Analysis: You can play the Pass Line with Odds (or Don’t Pass with Odds) and give the house an advantage of only about 1%. Lots of craps bets have house advantages much less than 6%, so touting a 6% risk of loss seems silly to me. I chuckled at the statement, “This is a proven professional method, used by experts, that until now has been kept secret from the public.” Yeah, okay, sure. The following excerpt is taken from the same website.

Excerpt: “—As with any educational or entertainment program, results may vary and [name redacted] and its owners assume no liability for its use or any loss that may result. Purchasers of the [name redacted] are encouraged to rigorously test and personally verify results before wagering on an outcome. All gambling involves risk no matter how good the method might be. Purchasers are advised to use the [name redacted] responsibly, implement a sound money management system, and wager only with funds that will not seriously affect their lifestyle or that of others closely associated with them.”

Analysis: Again, I laughed. The website cleverly hooks you with claims of having a “professional” and “most consistent money-making” craps system. It fills you with hopes and dreams of beating the crap out of the casino.

Then, after suckering you in, they cover their rear ends by including a disclaimer stating, “—its owners assume no liability for its use or any loss that may result.” I suspect that buyers of that bogus system never make it to the bottom of the web page to read the disclaimer. They’re so hyped up on false hope of beating the casino for ga-zillions, they’ve already clicked the “Buy” button before getting anywhere near the disclaimer.

If the system is so “professional” and if it truly is the “most consistent money-making craps method,” why do they need to cover their rear ends with a disclaimer? Makes you wonder, doesn’t it? Don’t get conned into buying bogus winning systems. Learn to recognize bull manure. Don’t get suckered into believing you can consistently beat the casino over time. You can’t and won’t. Be smart. Play smart. Learn the secret to craps.

The holy grail of Craps – Or just plain lies?

The next excerpt is lengthy, but I included it because I’m sure it’ll entertain you as much as it did me.

Excerpt: “Here is a simple craps strategy that takes no skill and only two of the same bets each time you play. The writer of this method has never failed to make at least $200 per hour using this strategy. Now, with this report, you can do the same at any dice table anywhere in the world!

This craps strategy has been kept within the inner circle of casino bangers for years – under a mutual gentlemen’s agreement. We tried the [name redacted] on randomized computer print-outs and couldn’t come close to losing through 8000 decisions! (Think how long you would have to stand at the tables for 8000 decisions.) We tried it at several casinos in Atlantic City, Vegas, Reno, and Tahoe.

Analysis: Woohoo! Is this the Holy Grail, the Fountain of Youth, the mother of all systems that has eluded mankind forever? Woohoo! LOL. Yeah, right. Let me get this straight—no skill required—only need to make two bets at a time—and no matter what happens, I can win $200 per hour?

I better hurry up and buy this system before the “casino bangers” put it back in their “inner circle” under lock and key and stop offering it to the paying public. Do I really need to analyze this mumbo-jumbo? Does anyone actually believe this crapola? Sadly, people apparently do, or the website probably wouldn’t exist.

Excerpt: “I’m so positive that I can easily convert you from an inexperienced player into a master player with the skills of a pro that you may try all of my methods risk-free! I personally guarantee these craps systems will work at any casino you play! Take up to a full year to learn, practice, and profit. Just remember, if your average daily winnings don’t add up to several hundred dollars, don’t forget that I will give you a 100% refund. It’s that simple.”

Analysis: This is from the same website as the previous excerpt and is typical of the guarantee that comes with many so-called winning craps systems. Read the words carefully. Let’s analyze them. “—you may try all of my methods risk-free.” It’s risk-free because the seller offers a full refund, not because the system consistently wins over time. “I personally guarantee these craps systems will work at any casino you play.” Of course, they’ll work, but will they win? Anyone can use any crazy system and it’ll “work.”

The word “work” in this context simply means the system is a legitimate method for playing the game whether you win or lose with it. In the excerpt, if the word “work” were replaced with the word “win,” then the seller would be at great risk because no system will consistently win over time. “—don’t forget that I will give you a 100% refund.” Remember, the guarantee is that you can get your money back, not that the system will consistently win. The problem with these kinds of guarantees is that many people either simply forget or don’t try to get the refund after losing their shirts, or they try but get delayed so long they get disgusted and give up.

The moral is, be skeptical of craps systems that come with guarantees. Ensure you fully understand the guarantee before buying. Focus on whether the craps system is guaranteed to win, or whether you’re guaranteed to get to your money back after you lose your rear end. Note the carefully chosen words and understand their meanings, such as “can” instead of “will.” One small word can, and usually will, make a big difference in the meaning of a sentence or an entire paragraph.

Starting to get the picture? Scams are everywhere. Don’t be a sucker. Don’t let your dreams of winning big blind you. Be smart. Play smart. Learn the secret to craps. Read Part 2 of this article for even sillier claims and bigger laughs.

Now you know what to stay away from!